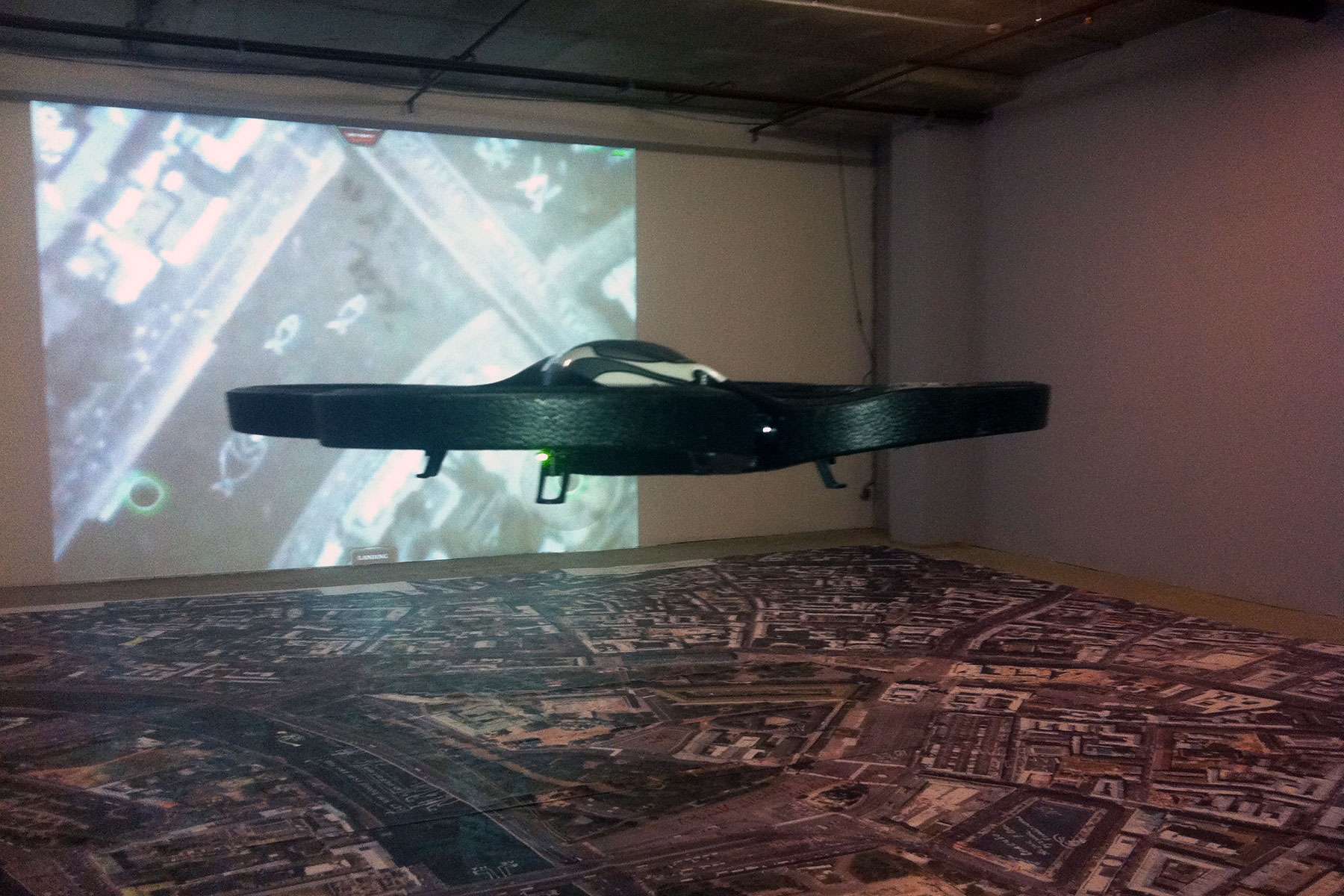 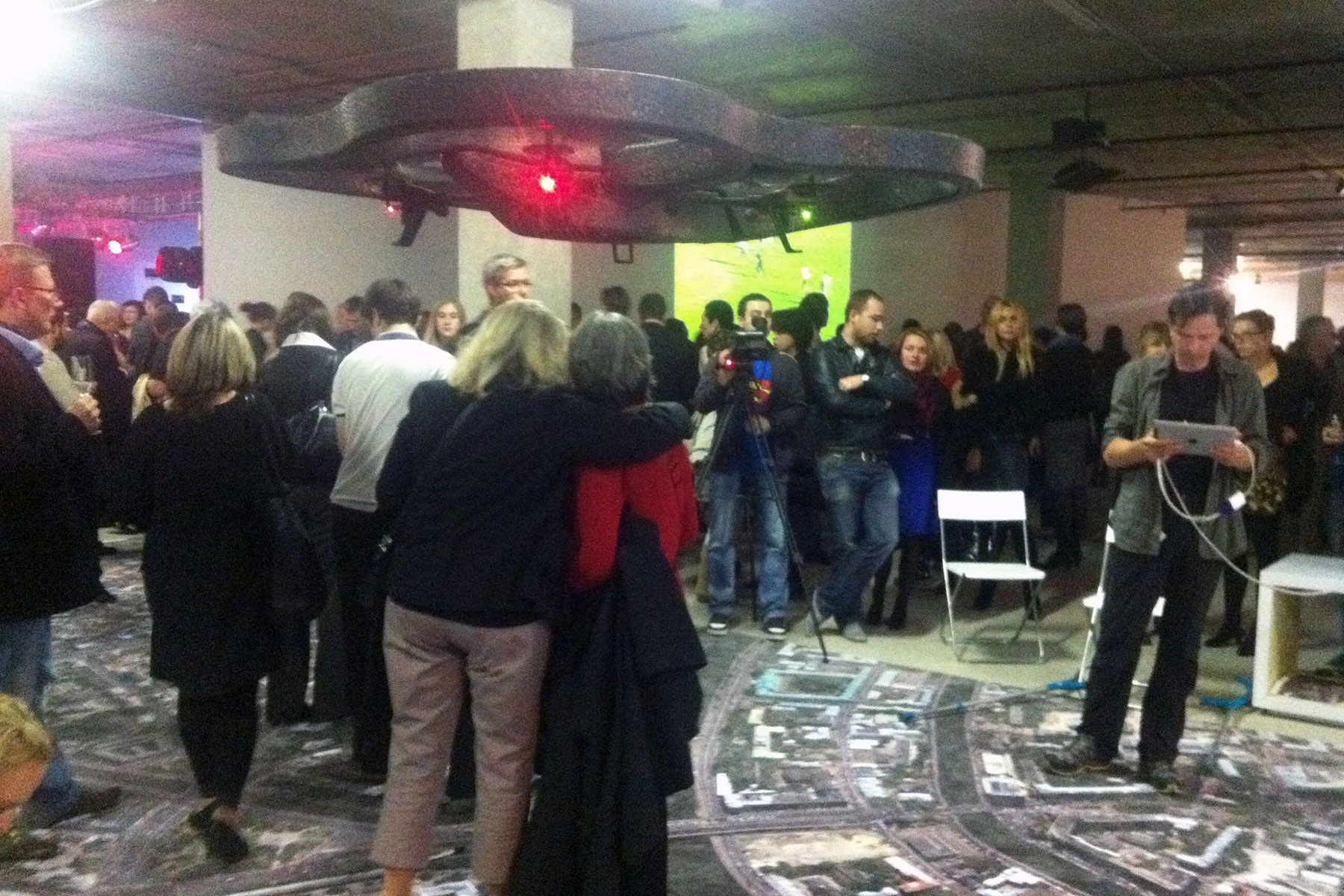 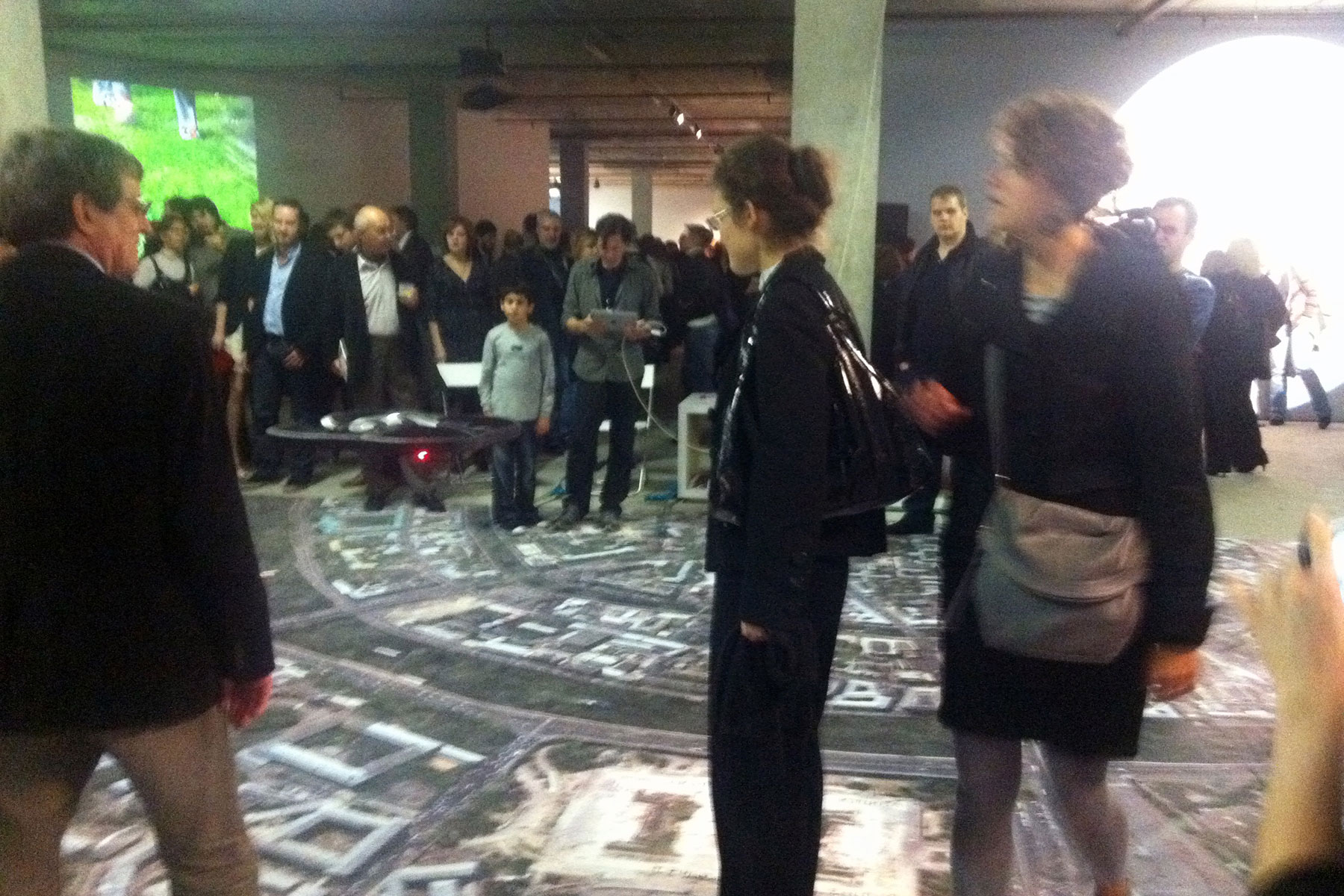 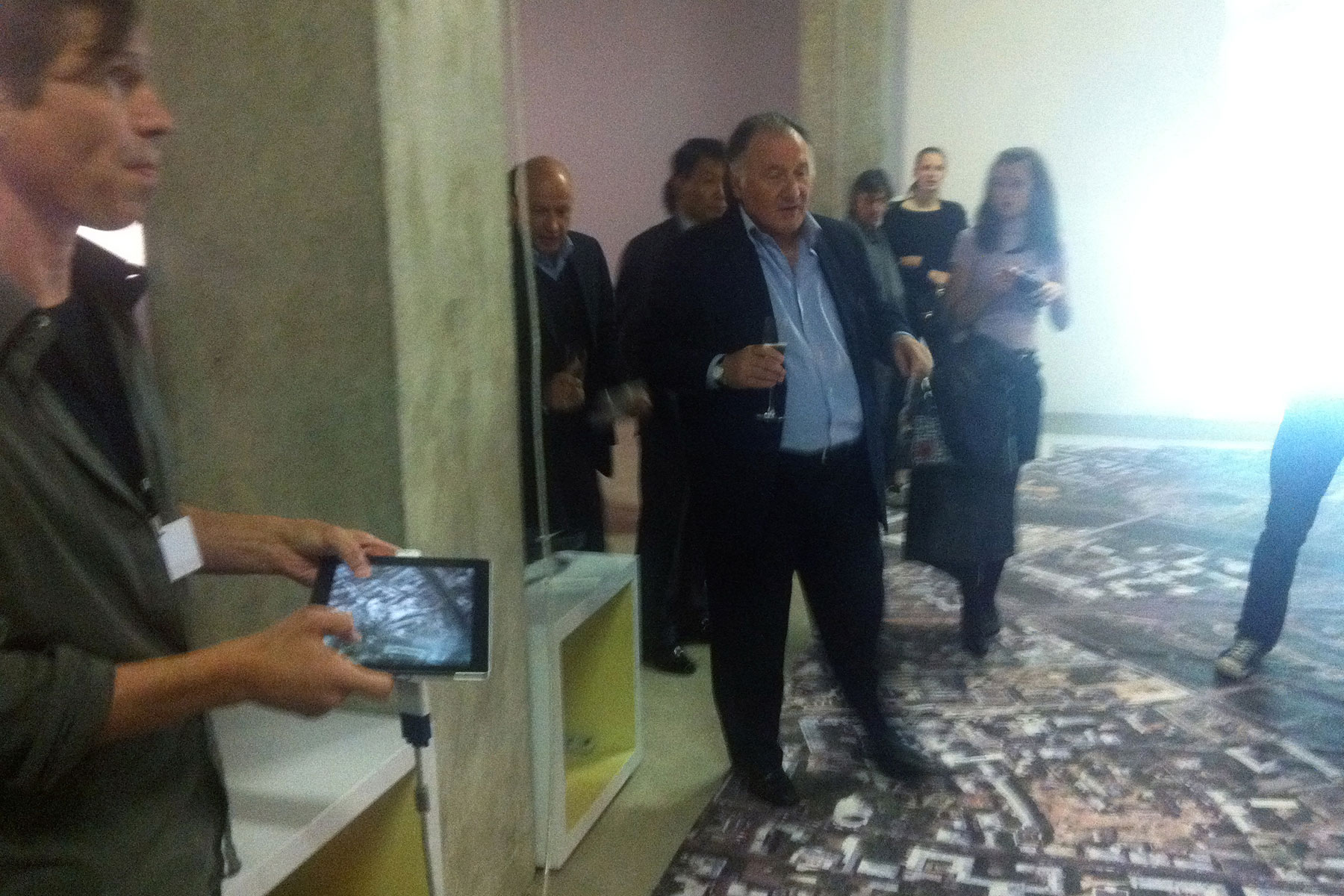 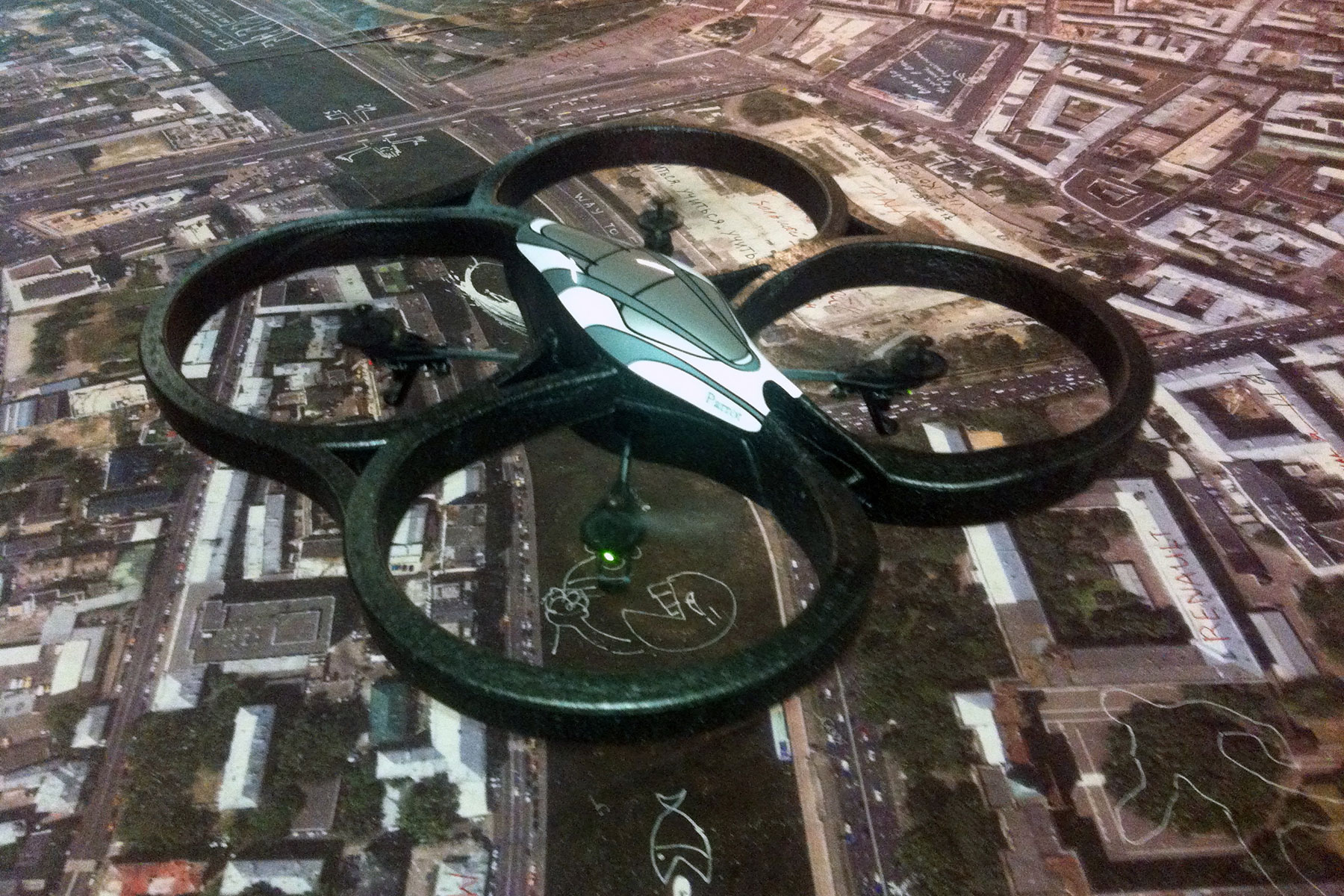 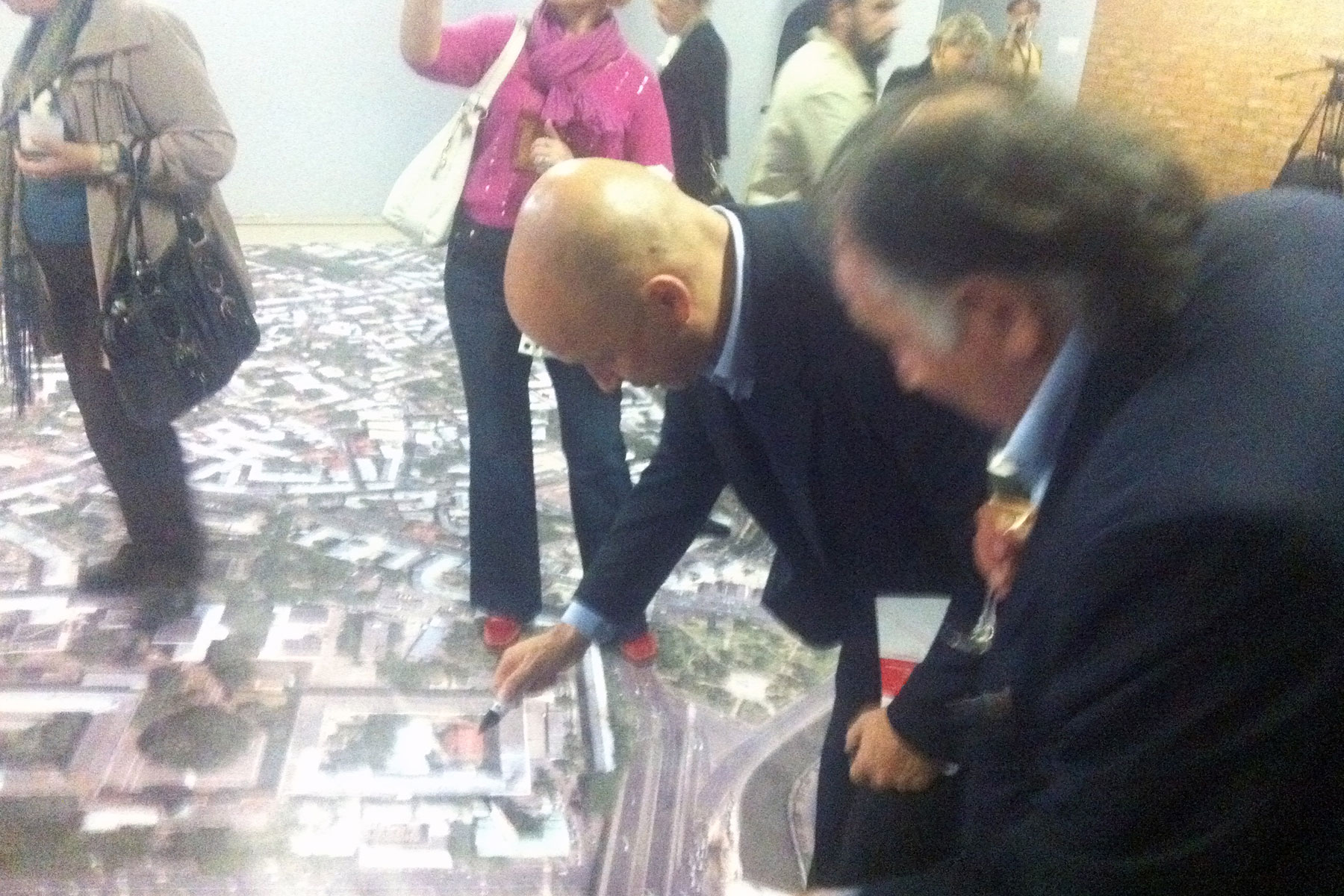 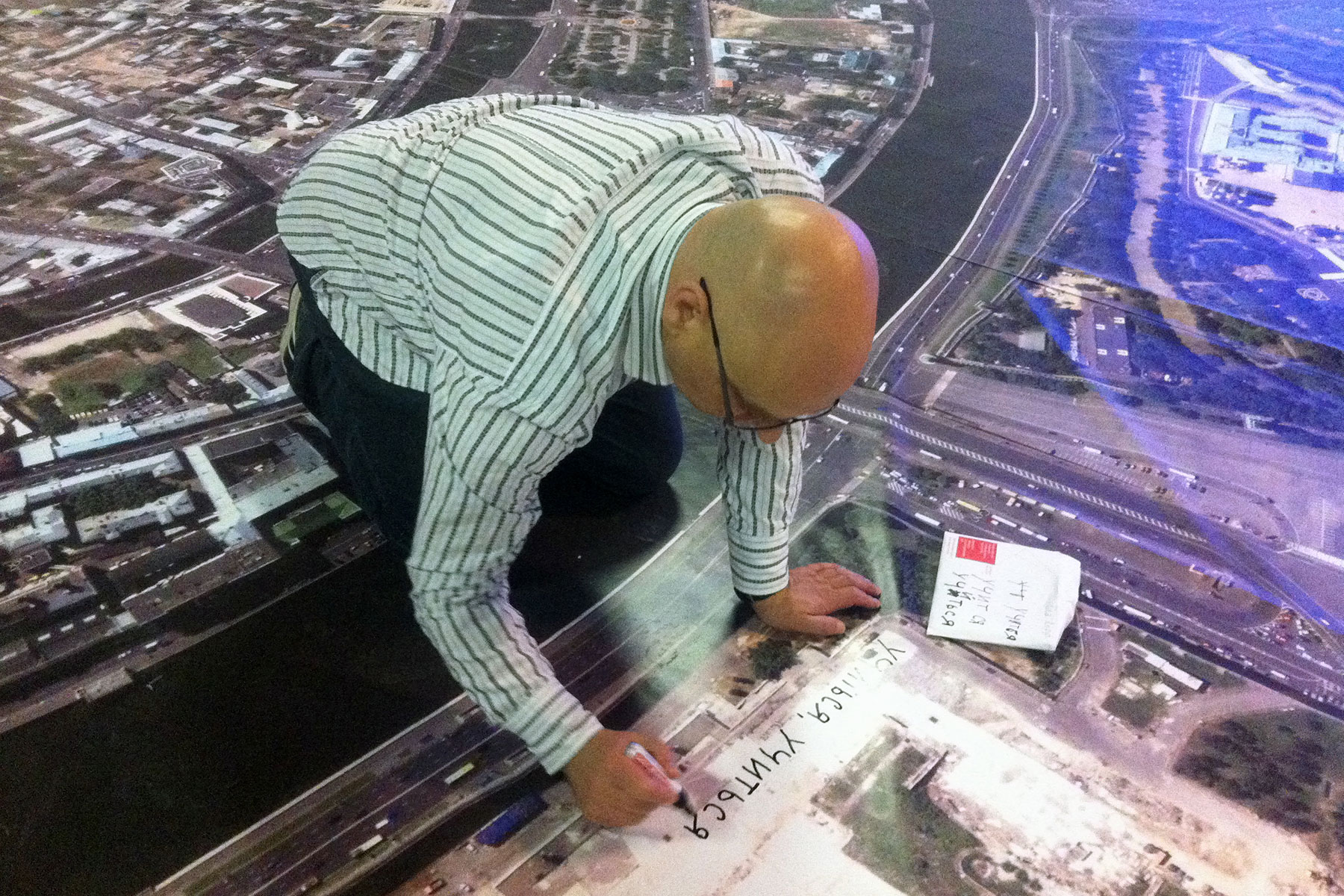 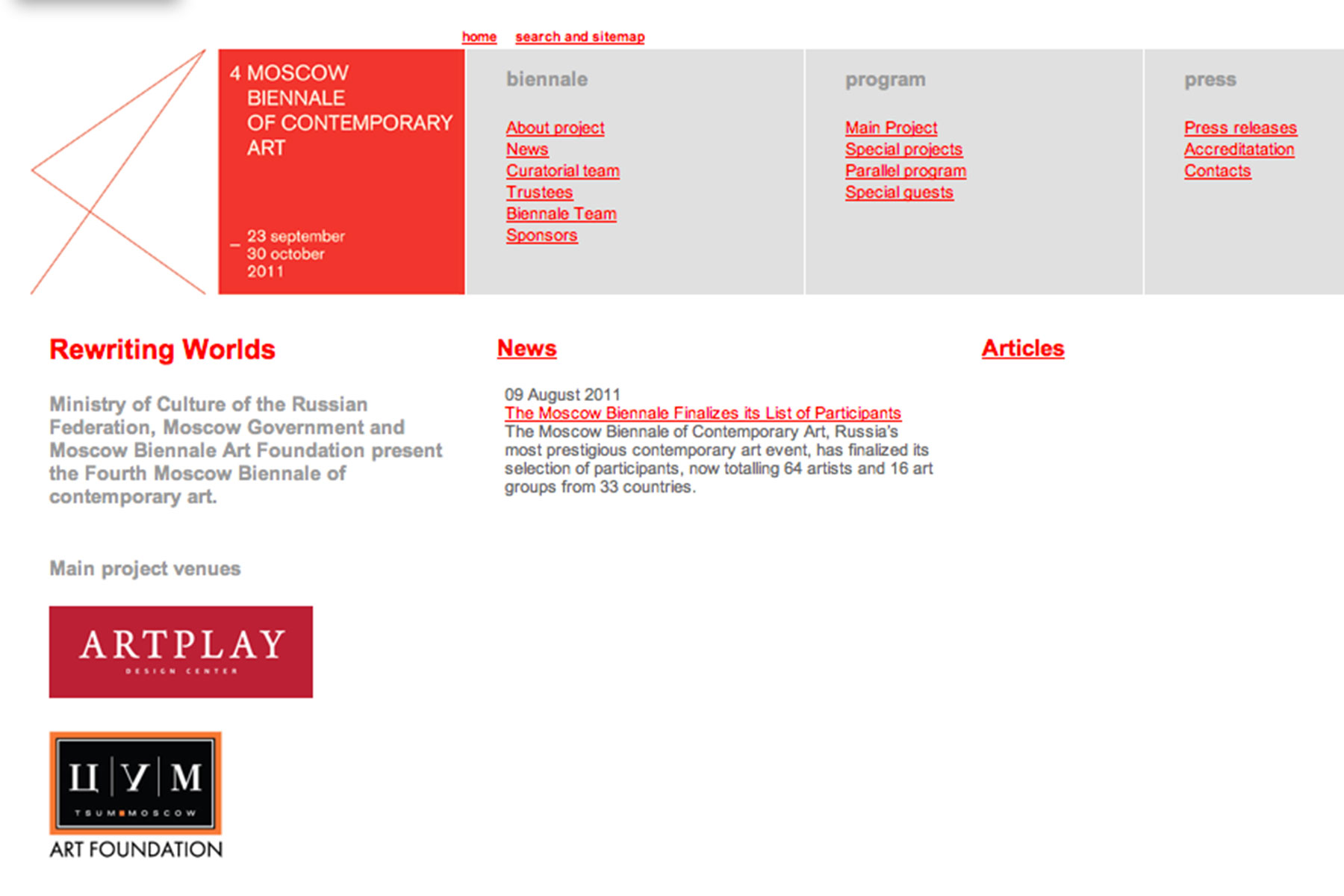 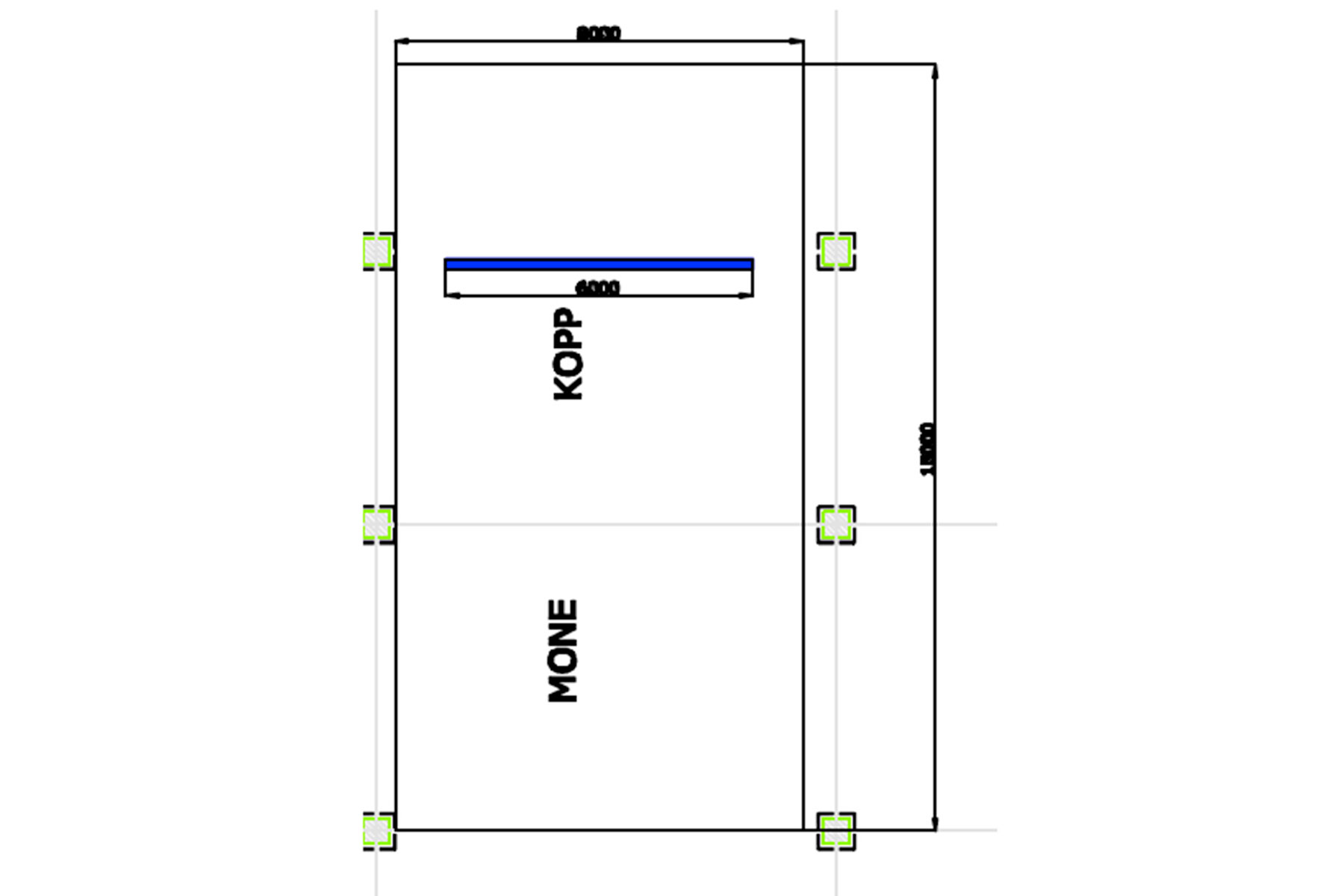 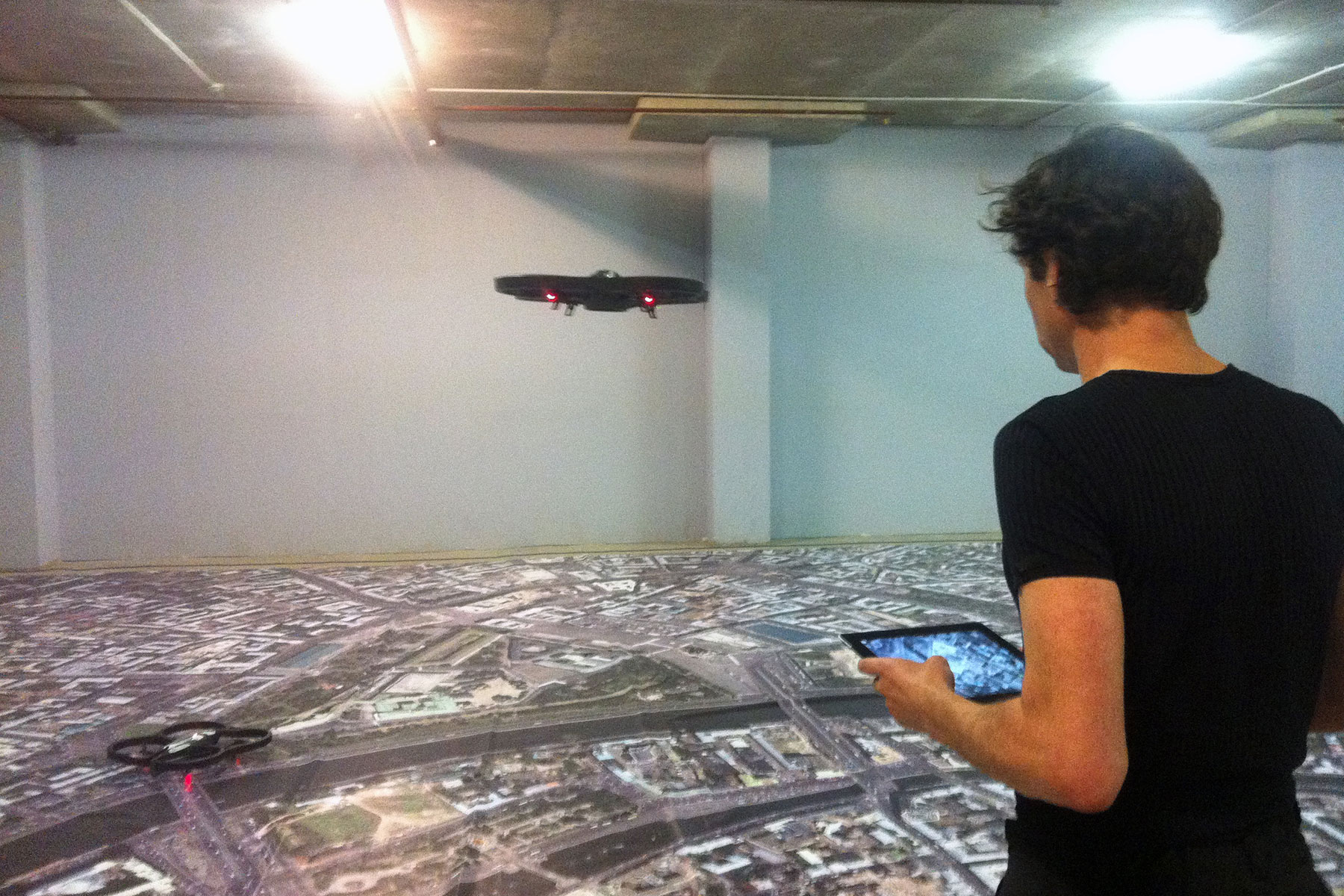 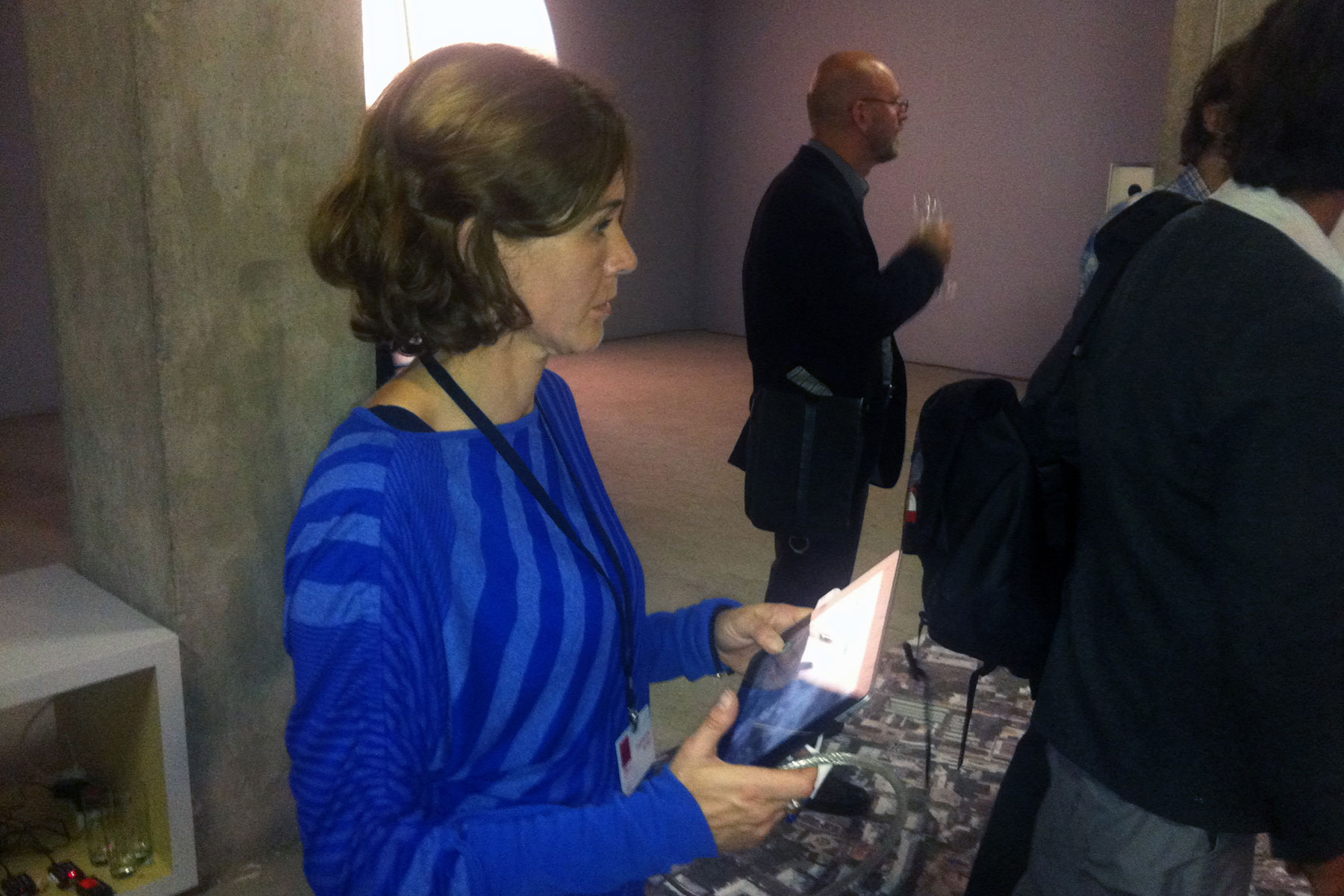 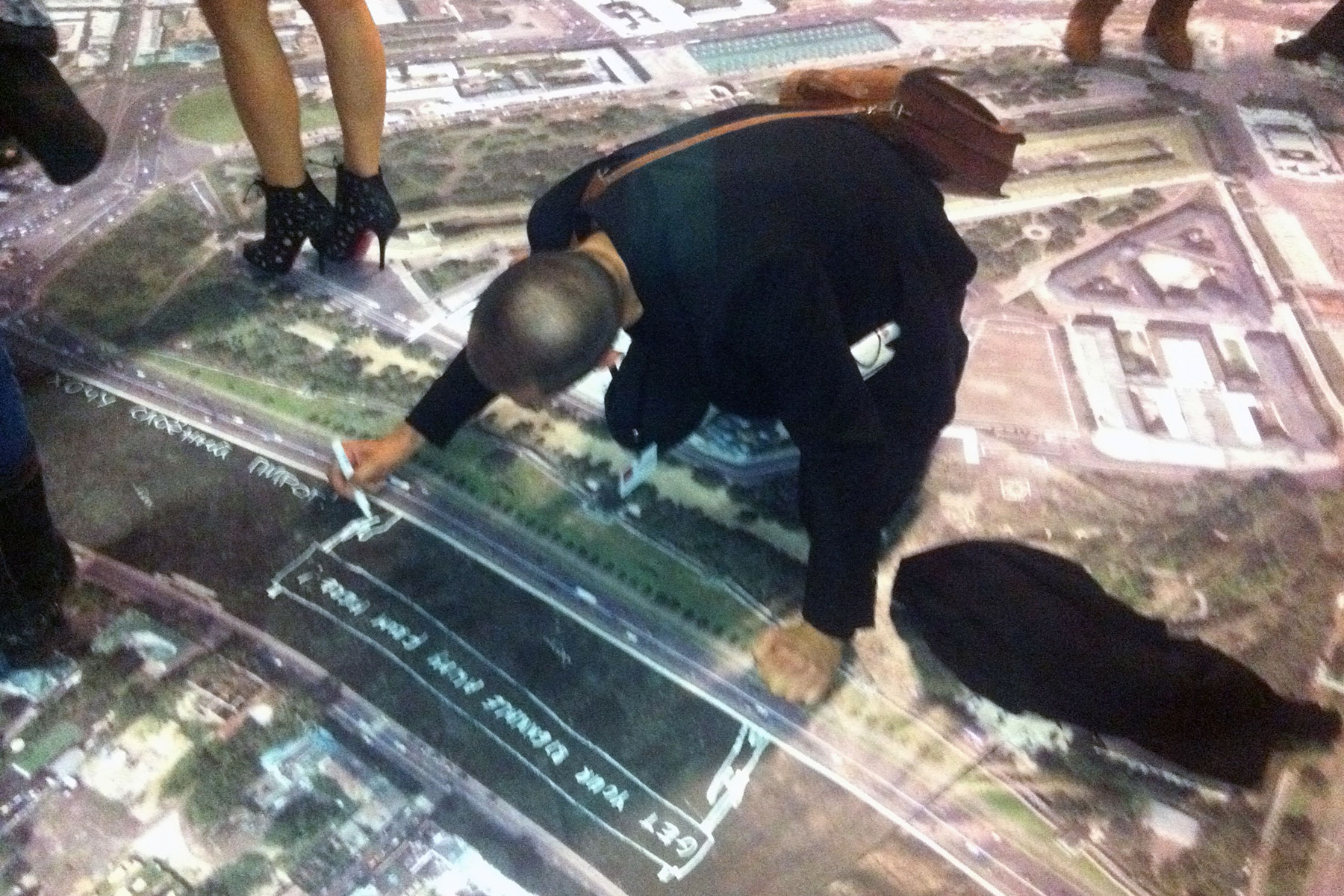 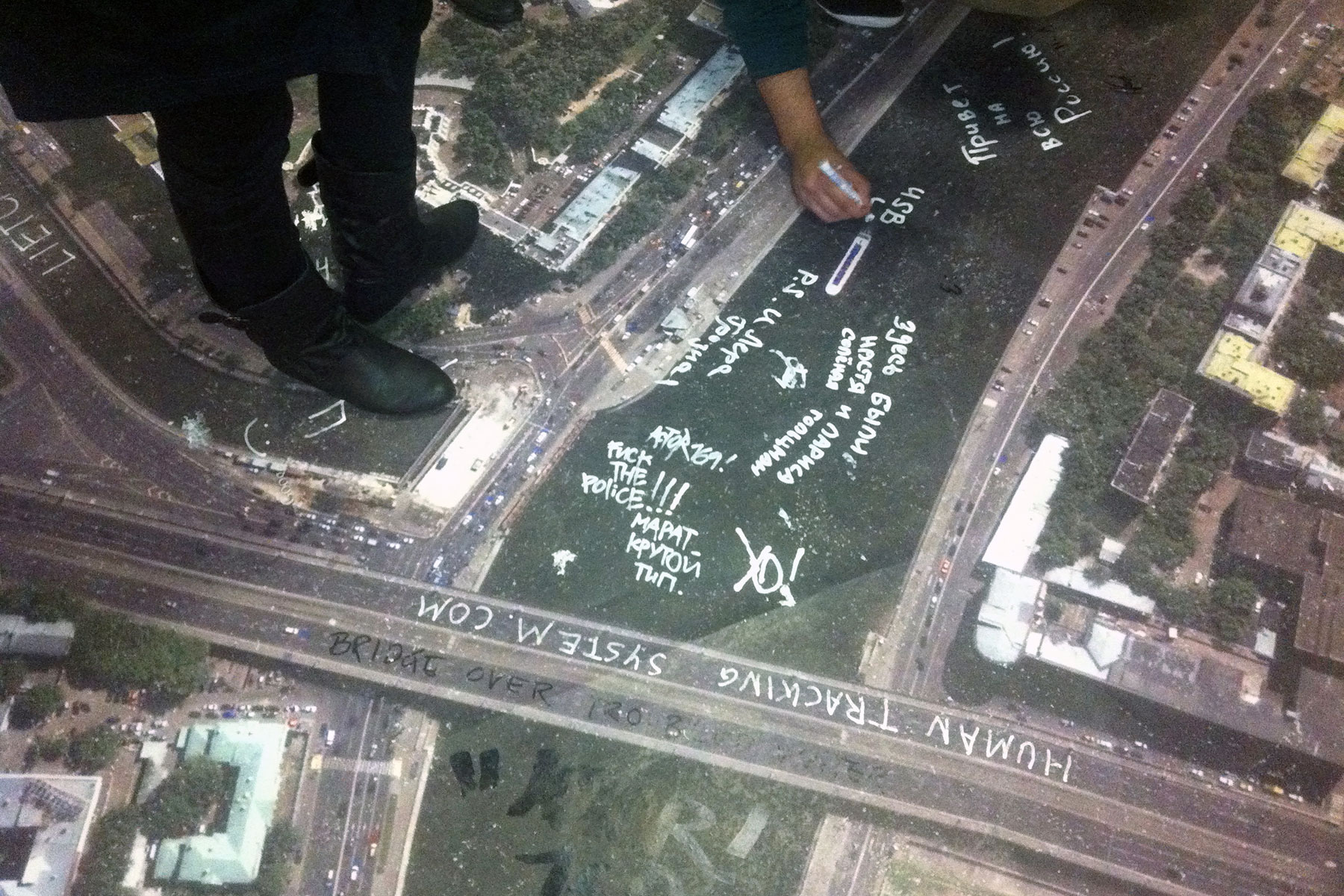 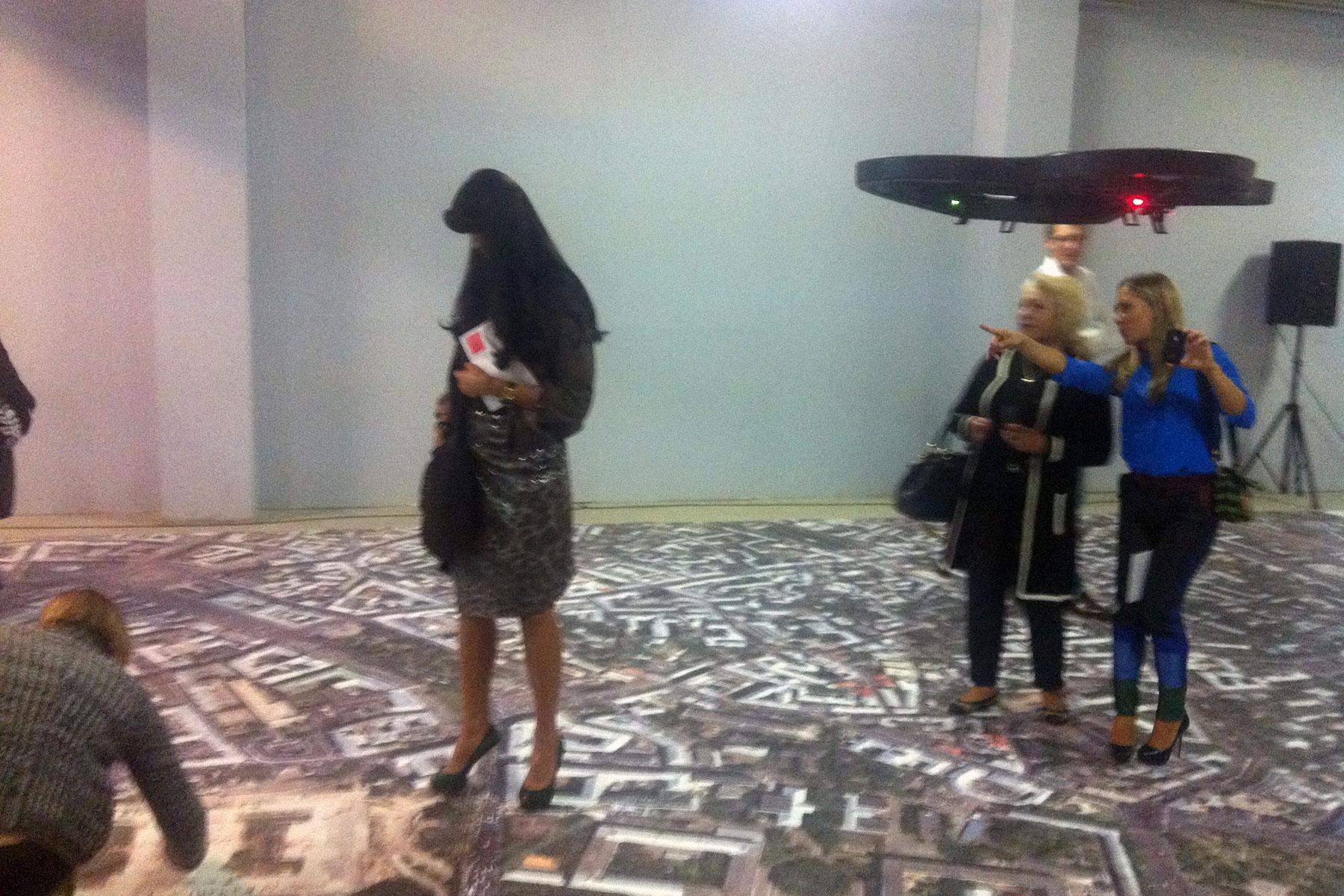 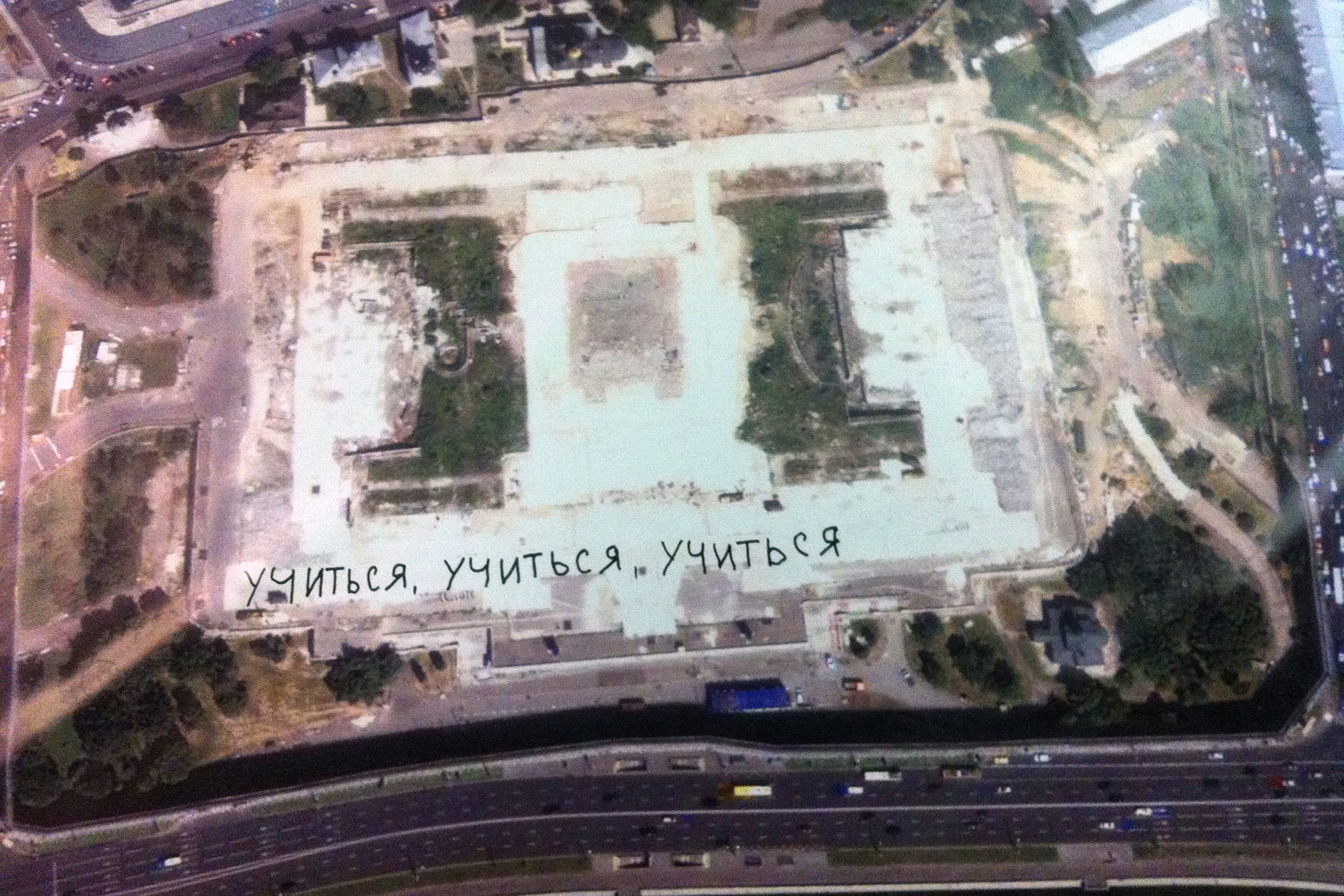 For the Moscow Biennale 2011, the concept of REMOTEWORDS is being expanded into a virtual game: a large-scale, individually accessible satellite picture of the exhibition premises (TSUM) invites each visitor to cover one roof with a message. The statements are forthwith applied to the satellite picture. By means of REMOTEWORDS’ blog, virtual visitors from around the world can contribute statements on issues such as urbanity, navigation, digitality, virtual simulation and city (urban) space.

At predetermined times, remote-controlled drones will fly over the 15 x 8 m walk-around satellite picture. The pilotless aircraft is equipped with a CCTV system that, during its flight, relays live images of the area below onto a projection wall. The live image is practically indistinguishable from a real flyover-video of Moscow.