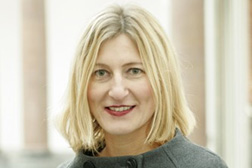 RW.15 was part of the exhibition project “Hacking the City” which took place at the Museum Folkwang Essen and all over the City of Essen. “Hacking the City” is a project reacting to changing structures in the public, mobility and communication in the city. The “Unperfekthaus” in Essen has been marked within the exhibition project Hacking the City. The message “!=CTRL” refers to open source computer languages like Linux. “!=” is used as a negation or not-operation. Thus “!=CTRL” means not controlled or uncontrolled.