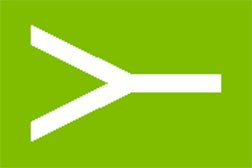 The Sylt Foundation initiates and supports innovative contemporary literary, visual art and performance projects with the aim to encourage cultural dialogue and artistic interaction.
With its residency programmes it offers these international multi-disciplinary artists, performers and writers the opportunity to live and work in the quiet environment on the island of Sylt, in Johannesburg or at other places, where the Foundation works together with its partners.
Residencies are one or two months long and every resident should either work on his own project/reflection or on a project of the Sylt Foundation.

About the woman behind

Indra Wussow, born in Herford/Germany, studied Comparative Literature and German as a Foreign Language in Erlangen/Germany, Berkeley/USA and Florence/Italy. She is currently living in Johannesburg and Sylt/Germany and is working as a curator, writer and literary translator.
2002 Indra founded the private Sylt Foundation on the island of Sylt in the North of Germany, which is financed by means of donations, government funds and sponsoring. Indra is director and curator of the foundation. In 2008 its branch in Johannesburg was opened.
Besides Indra Wussow is the editor of a series of African Literature, which is published in the small but prestigous German publishing house „Das Wunderhorn“. As a curator Indra is working with various international institutions.